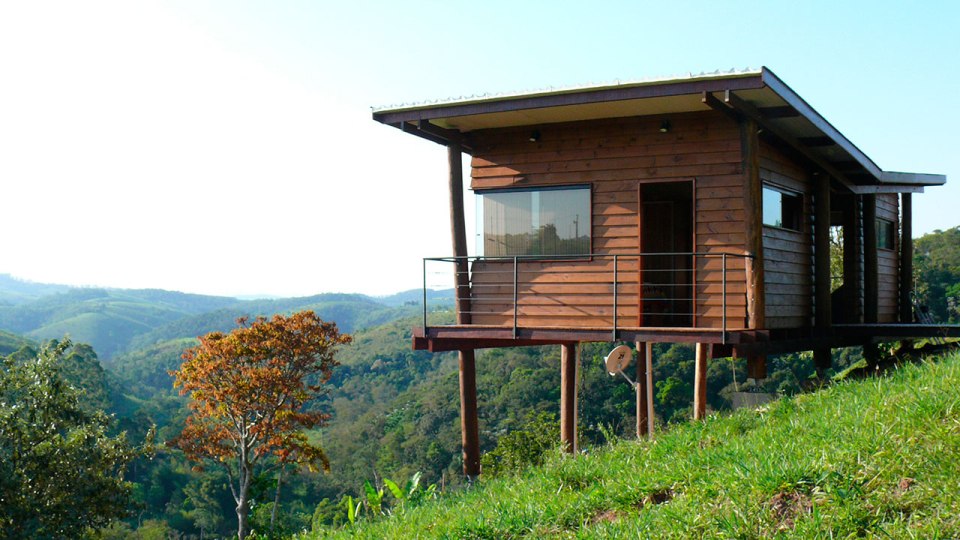 Perched over a steep hillside on eucalyptus poles, Casa em Guararema overlooks the verdant Itapeti River valley in southeastern Brazil. The pine-clad house has a symmetrical design topped by a distinctive butterfly roof that slopes up from the center toward each end.

Casa em Guararema was designed by Cabana Arquitetos, who have designed several other houses supported by wood poles. The pole foundation greatly reduces the site disruption and erosion that would be caused by a basement excavation. The raised design allows breezes to flow all around the structure, keeping it cool with an air conditioning system. A wooden deck bridges the gap between the hillside and the house. 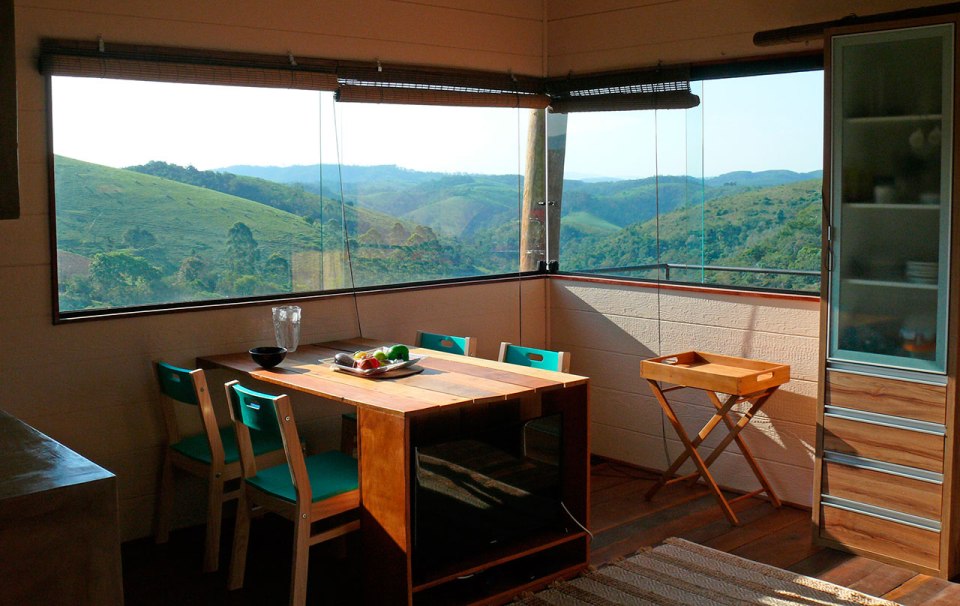 The small wooden house has a roughly 43 m2 (460 ft2) floor plan consisting of two main rooms, a combination living space at one end and a bedroom at the other. Each has a balcony and wide corner windows to take in a sweeping view of the valley.

As it is used as a guest house, the kitchen was kept compact. It is still very functional, equipped with an under-counter fridge, two-burner cooktop and microwave but no oven.

Casa em Guararema was designed with the flexibility to be used as two separate guest suites. The living room and bedroom each has its own bathroom as well as separate entrances off the entry deck. Using it as a regular house, of course you wouldn’t need two full bathrooms. Eliminating one of them would leave an alcove that could be used for a larger kitchen.

Have an awesome weekend! 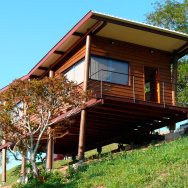 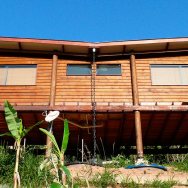 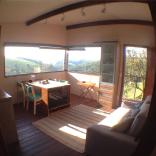 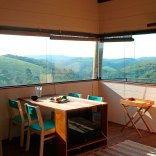 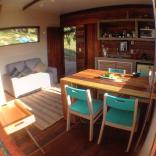 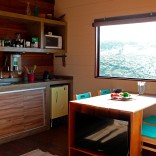 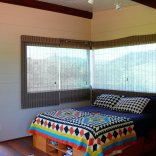 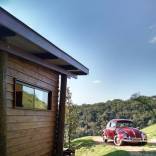 Photographs by Andre Eisenlohr and Estêvão Menegaz, courtesy of Cabana Arquitetos. Via Architizer.