Io, an open and welcoming house by Osamu Morishita

Io is a compact house designed and built for a young family in Anjō, a small city in Japan. Architect Osamu Morishita designed the house to encourage social interaction among its occupants and with the neighbors. The social spaces are fronted by glass facades, allowing passersby to see right through the house. Some people would not be comfortable having their lives so visible to the outside world, but the owners wanted to present an open and inviting appearance to the neighborhood. 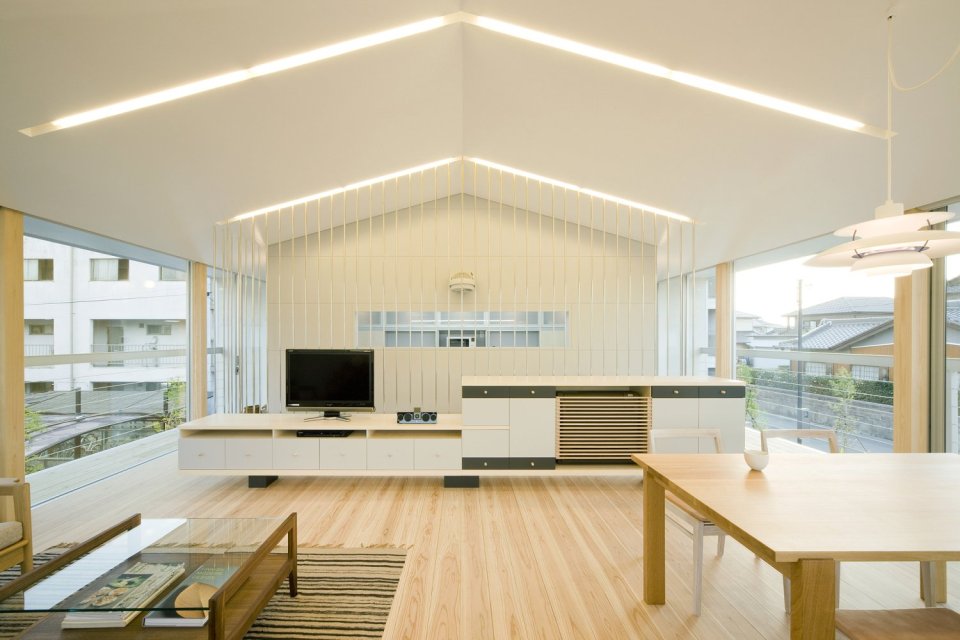 The house has 125.9 m2 (1,355 ft2) over two full floors, with three bedrooms plus a study that could be used as a fourth bedroom. Rather than separating the living spaces and bedrooms by floor, they are mixed together on both levels. In particular, the children’s bedrooms are located just off the main living area on the upper floor. That was a conscious design decision intended to encourage interaction and communication among the family members.

The ground floor similarly has the parents’ bedroom alongside the secondary social spaces. Those include a Japanese-style reception room, the study, and a large entry and stair hall that could be used as a study or play space. The Japanese room and study both have sliding doors so they can be closed off or opened to the stair hall as needed. 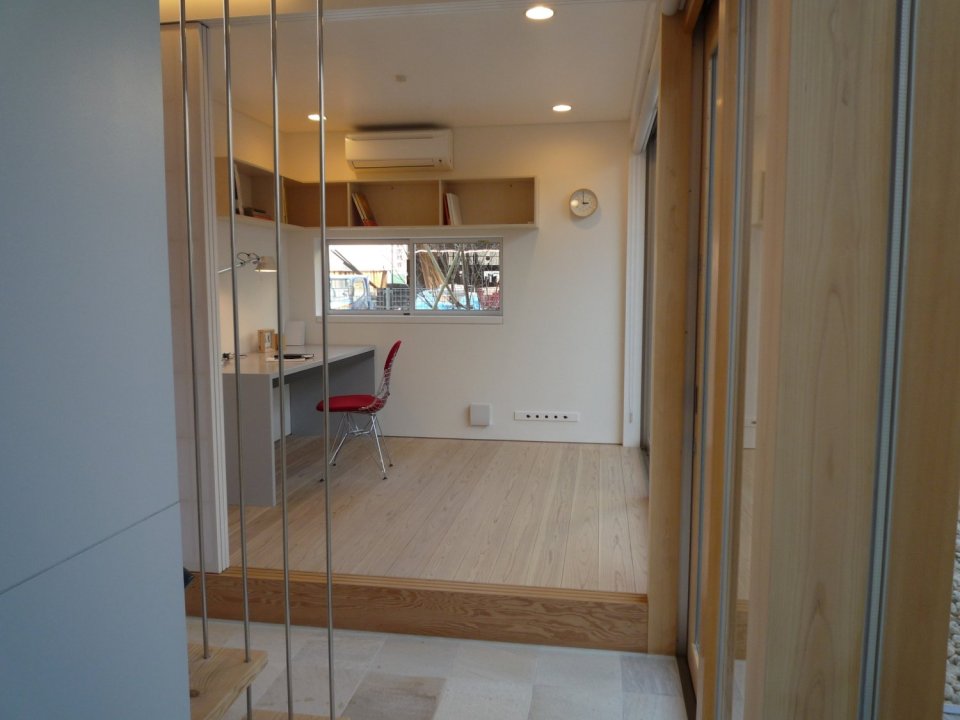 Photographs by courtesy of Osamu Morishita Architect. Via Archello.