An attractive little Pueblo Revival style home is now on the market in Santa Fe, New Mexico. Pueblo-style buildings imitate the traditional homes built by the Pueblo peoples of the American Southwest, who have a long history of living in villages constructed of earth and stone. While the Pueblo dwellings were large, multi-storey buildings housing many families, this small house has only one bedroom in its 510 ft2 (47.4 m2).

The home is a good example of the Pueblo Revival style. Unlike many modern-day Pueblo-style buildings, whose walls often have a core of concrete block or brick covered with plaster or stucco, this 1932 version was built with adobe. The walls are massive with rounded corners and a slight taper from base to top. Because of the wall thickness, the windows are typically set quite deep.

Adobe was also used to create and sculpt interior features, such as this home’s fireplace and the adjacent banco (built-in bench). The flooring material here is brick, although wood and stone are often used as well. The roof is supported by vigas, peeled log rafters that are visible on the inside and extend out through the walls as a decorative element on the exterior. 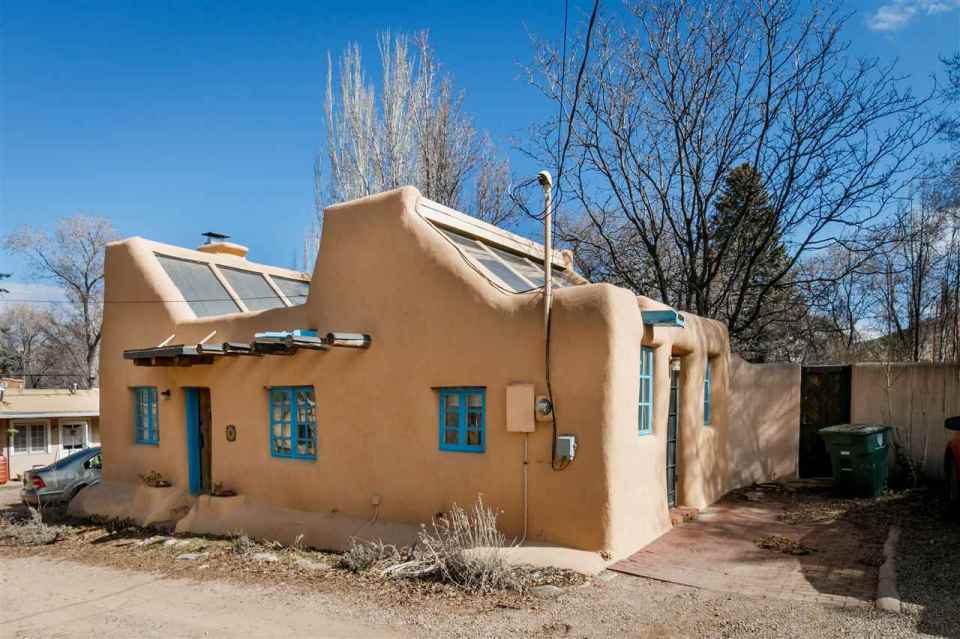 A plaque on the front of the house commemorates it as the first home in New Mexico to utilize “solar space-heating technology”. This must be referring to active solar technology, as the Pueblo peoples have for centuries used passive solar principles in the design and placement of their dwellings. Active solar systems use mechanical devices, such as water pumps that circulate water through collector panels.

The solar collectors were added to this home in the late 1950s, housed in a pair of rooftop structures that were probably added at that time. One of the roof additions is large enough that it can be used as a loft bedroom, accessed by a wooden ladder. The other, reached by the steps sculpted into the fireplace, is smaller and probably just houses the solar system’s mechanical equipment and storage tanks. 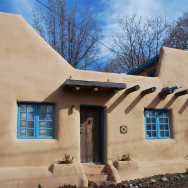 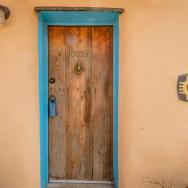 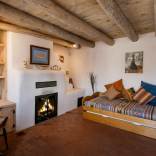 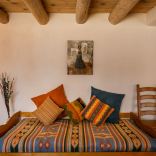 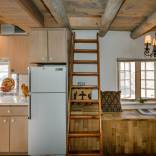 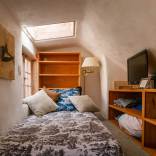 8 thoughts on “A Pueblo-style solar house in Santa Fe”