A pocket neighborhood is a planned community consisting of a small group houses arranged in a way that fosters interaction and a sense of community among the residents. While pocket neighborhoods have proven very popular with homebuyers, they have been slower to gain acceptance with regulators. Nonetheless, over the past couple of decades, a number of jurisdictions have adopted zoning regulations that facilitate the higher density housing. The idea is to allow a developer to build more houses on a parcel of land provided that certain conditions are met. Typically the houses are restricted in size and they must all face a common green space, which might include a play area or community garden. 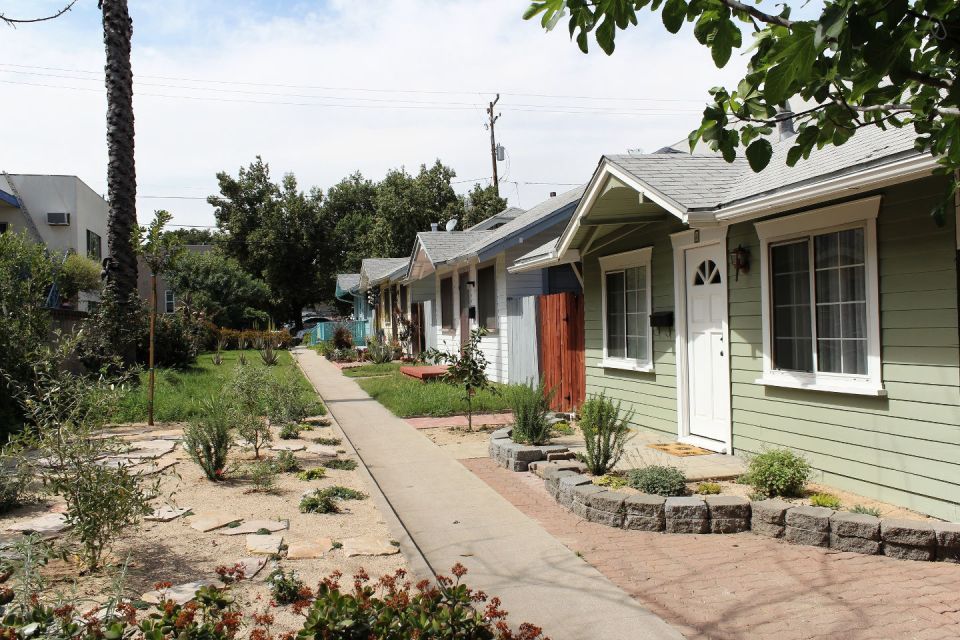 While pocket neighborhoods might seem like a new concept, there are precedents going back many years. In Southern California, “bungalow courts” were a common form of affordable housing in the early 1900’s. They were particularly popular in Pasadena, where they first originated.

The small Craftsman-style bungalow shown here was built in 1922, one in a row of six identical small houses on a single parcel in central Pasadena. Each of the houses has a very small backyard but they share the front yard space in common. 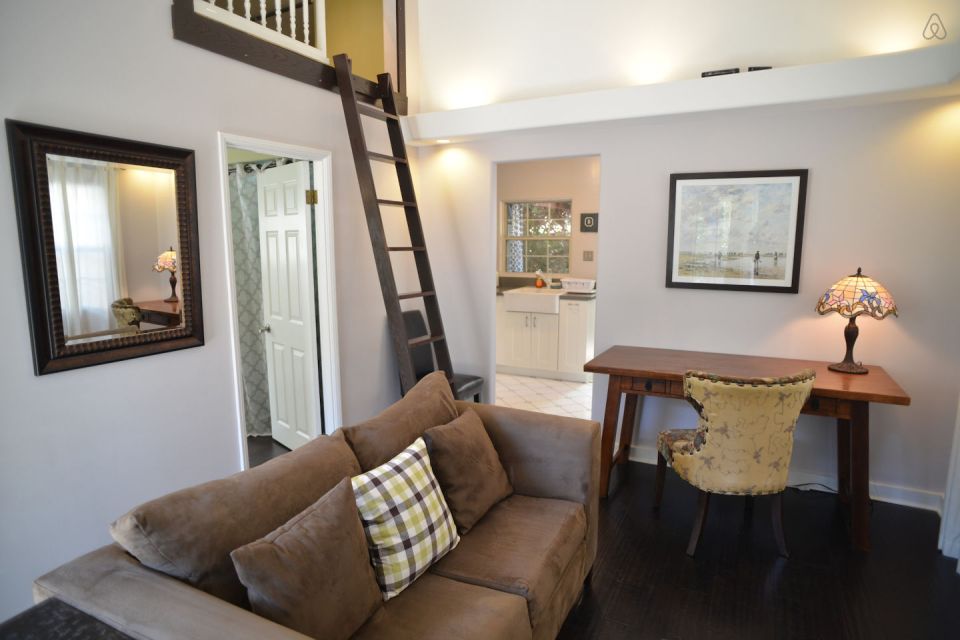 The bungalow has a very small floor plan of 416 ft2 (38.6 m2). The front door opens right into the living room. The bedroom is to the left and the kitchen is straight ahead, at the back of the house. The kitchen is compact but does include a small eating area. The bathroom is in the back left corner, accessed through the bedroom.

Part of the attic was converted into a snug loft, although is looks somewhat claustrophobia-inducing with the low ceiling and no window. Quite possibly the row of bungalows has a heritage designation, which would restrict exterior alterations such as adding windows.

Planning a visit to Pasadena? This bungalow can be rented through Airbnb.

← Tiny cottage on the Oregon coast
The Birdhouse →

4 thoughts on “Tiny house in a Pasadena bungalow court”