A “shotgun house” is a type of small house in which the rooms are lined up in a single row from front to back. A typical shotgun floor plan had the living room in front, a bedroom or two in the middle, and kitchen at the back. Since there was no hallway, you’d have to pass through the bedrooms to go from the living room to the kitchen. Some historians say that the name “shotgun house” refers to the fact that if all the doors are open, a shotgun blast could pass straight through the house. 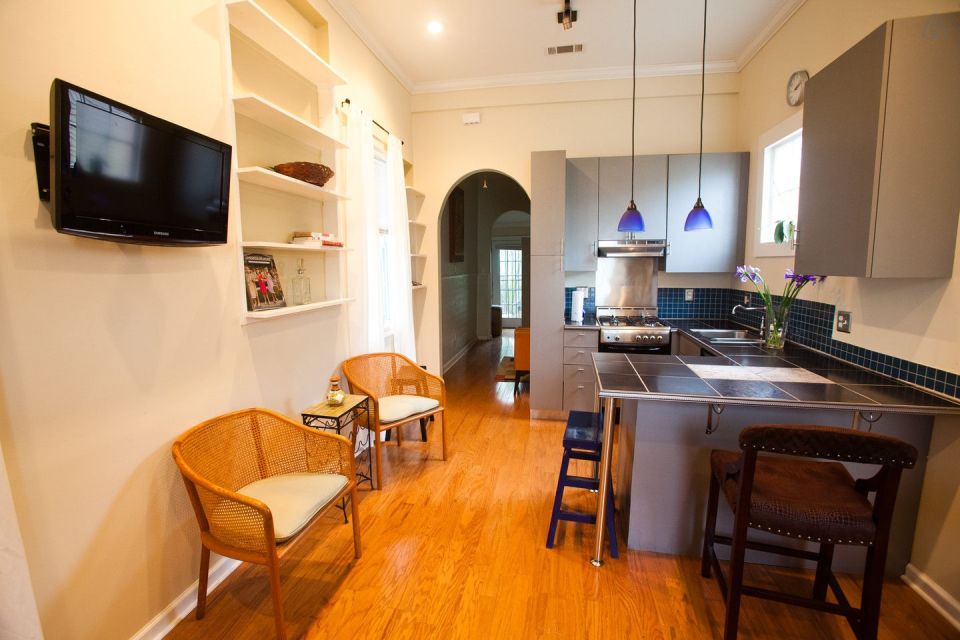 Shotgun houses were a very common form of small house in the 1800’s, with thousands of them built across the United States. They were especially popular in the southern states, where the single-room width allowed good cross ventilation of every room. The nicely-preserved example shown here is located in the Irish Channel neighborhood of central New Orleans, and like many shotgun houses it has high ceilings to aid in cooling.

While shotgun houses were mainly built as affordable housing for working class families, they were often dressed up with mass-produced brackets and other ornamentation. This one is relatively fancy, built in the Greek Revival style with a prominent temple-front pediment.

This shotgun house has one bedroom and is roughly 400 ft2 (37 m2). It has obviously been renovated, probably more than once. Plumbing was brought in and a bathroom was added to the back. The wall between the front two rooms was removed, creating an open living space and allowing the kitchen counter peninsula to double as a dining table.

If visiting New Orleans, you can rent this cottage through Airbnb. Enjoy the photos! 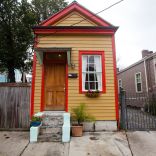 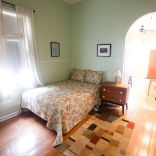