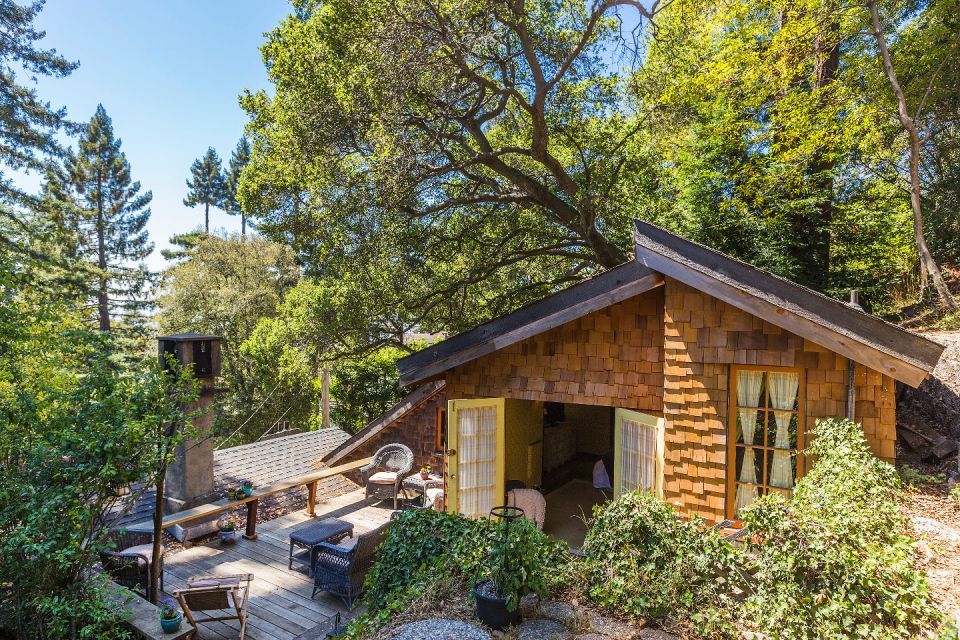 The “Cubby” started out as a single-car garage before being converted and expanded into an eclectic one-bedroom cottage. It was designed for his own property by Bernard Maybeck, a renowned architect associated with the Arts and Crafts movement in the San Fransisco Bay Area. When the 1923 Berkeley fire destroyed the family house, along with several hundred other homes, the Maybecks turned to tiny house living. Bernard Maybeck designed a one-room studio for his son Wallen to live in while the rest of the family took up residence in a tiny cottage that was moved onto the property. 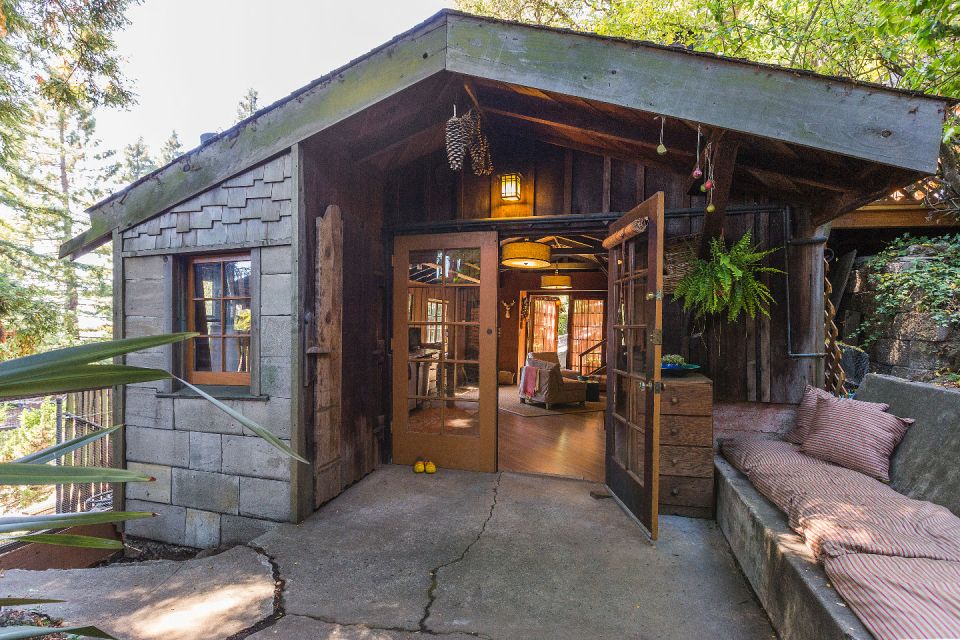 A few years later, Wallen was married and the couple had newborn twin daughters. Needing more space, Wallen moved his family into the Cubby. At that time it was just a long narrow room with French doors at each end. The building had a very wide sheltering roof, a typical feature of Maybeck’s residential designs. Taking advantage of the 4′ (1.2 m) overhangs, the young couple pushed the walls out to obtain more room inside. That added space was used for a two-piece bathroom and a simple kitchen on the downhill side, and seating nooks flanking an oversized concrete fireplace on the opposite wall. 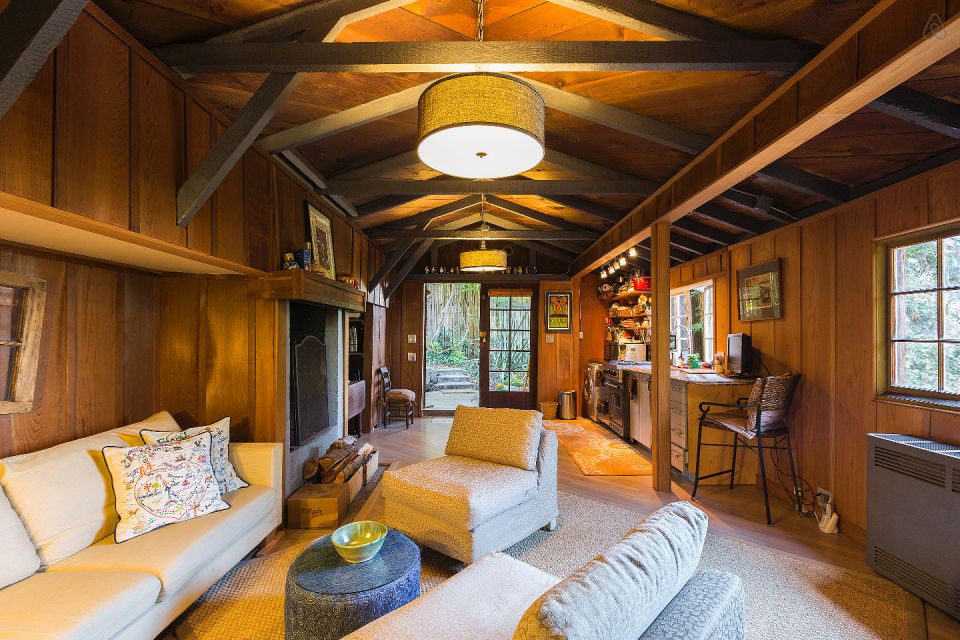 Some time later, a bedroom and bathroom addition was built into the hillside above the garage and connected to it by an internal stair. Together the two parts have 724 ft2 (67.3 m2) of floor space. Because of the slope, the bedroom’s ensuite bathroom and walk-in closet were raised a few steps higher than the bedroom itself. Like the main living space, the bedroom has French doors at each end with one set leading to a private patio and the other set opening to a deck with a view of the bay. 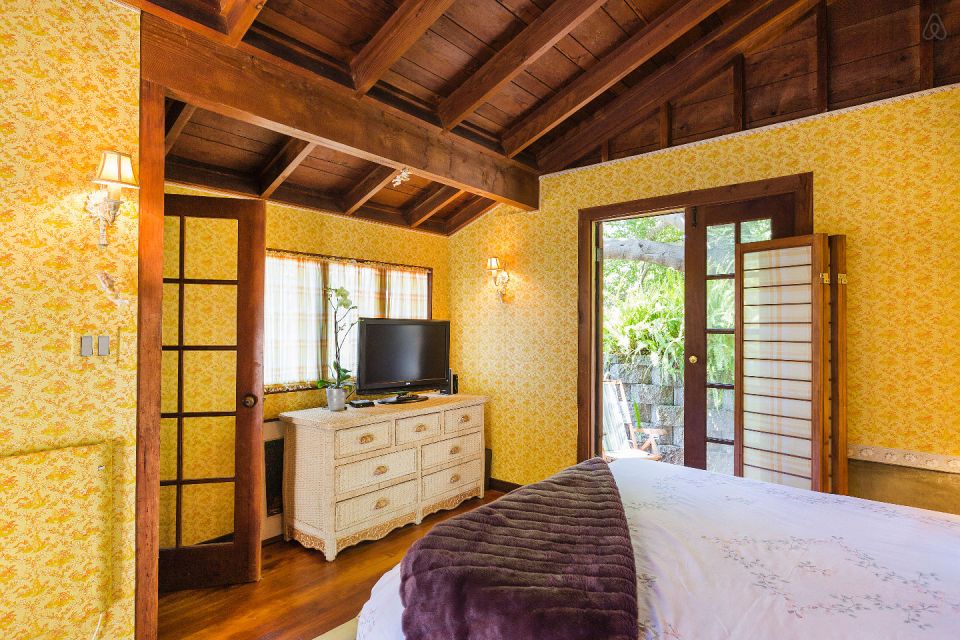 Both parts of the cottage have high, airy ceilings. In the original garage, the exposed trusses were stained a teal blue to highlight them against the redwood paneling. The bedroom addition was finished with stained plywood. Maybeck was known for adapting industrial products for residential use, and plywood was then an innovative new material. The lower parts of the walls have since been covered in wallpaper.

Not many people are fortunate enough to live in a Bernard Maybeck-designed home, but this one can be rented for vacation stays through Airbnb. Enjoy the photos! 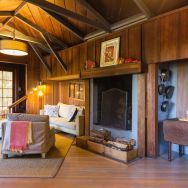 3 thoughts on “The Cubby | Bernard Maybeck”