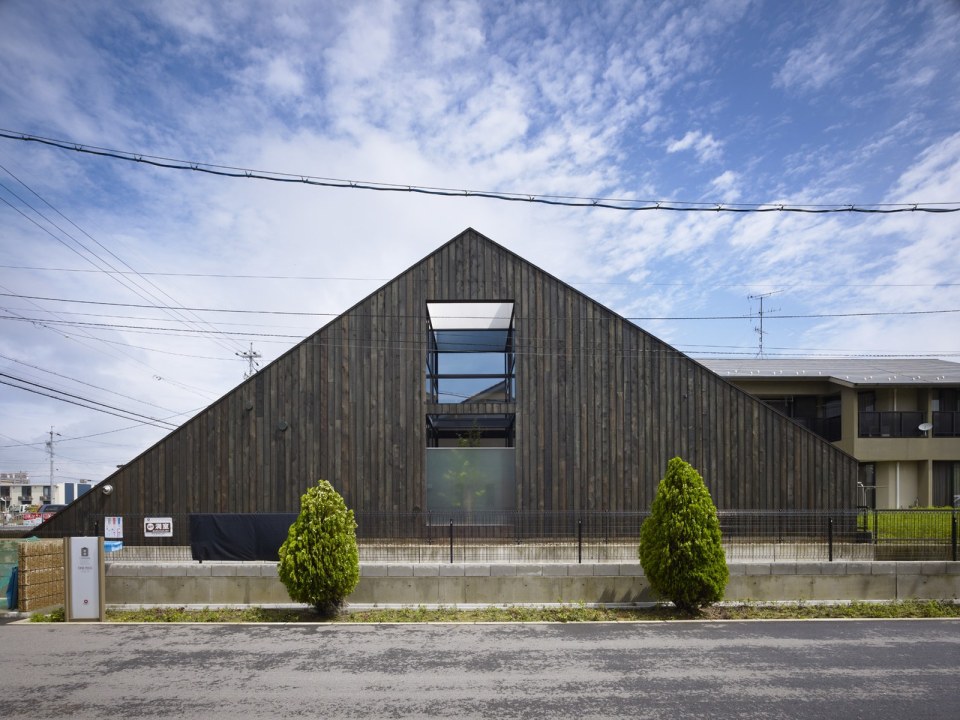 Ogaki House was designed by Katsutoshi Sasaki + Associates for a couple with four daughters living in Gifu, Japan. Though the house is quite long and narrow, the architects made the unusual decision to orient the gable roof across the short width of the house, and also extended the roof so that it almost reaches to ground level on the street side. This gave the house a triangular profile, allowing it to deflect the area’s harsh winter winds over the roof. The strong geometric form has a somewhat austere appearance, but the wood-lined interior is warm and intimate. 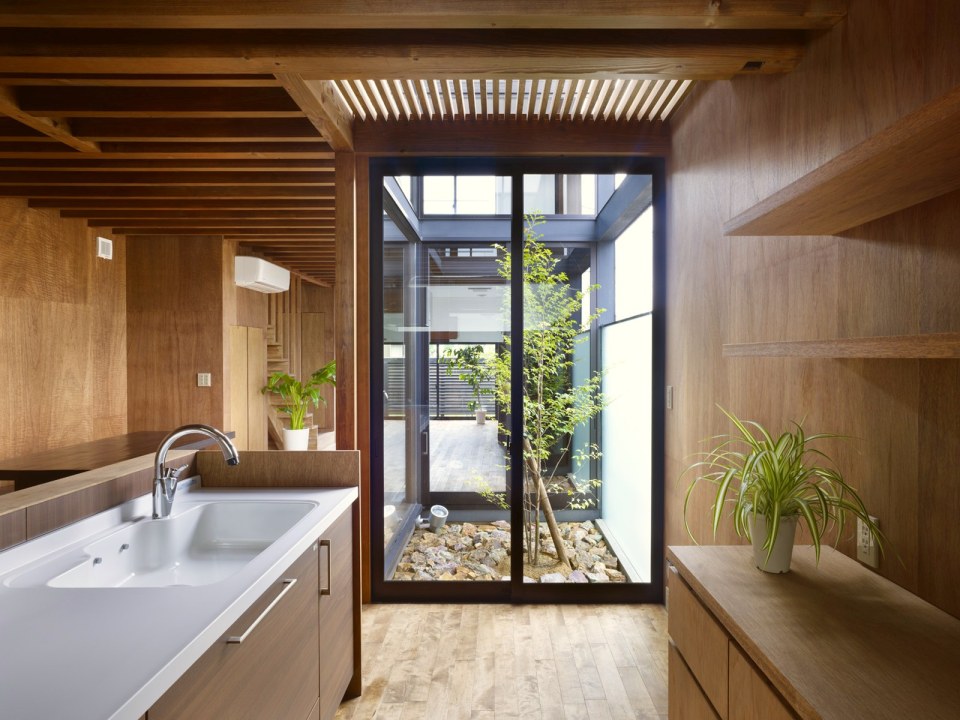 The 106.4 m2 (1,145 ft2) house has an inward-focused design, emphasizing family interaction within the home. While it has a fairly large window area, those windows are placed to limit views to the outside. The main rooms are arranged around a small glass-walled inner courtyard that fills the home with soft indirect light. Other windows face walled patios cut into the roof. 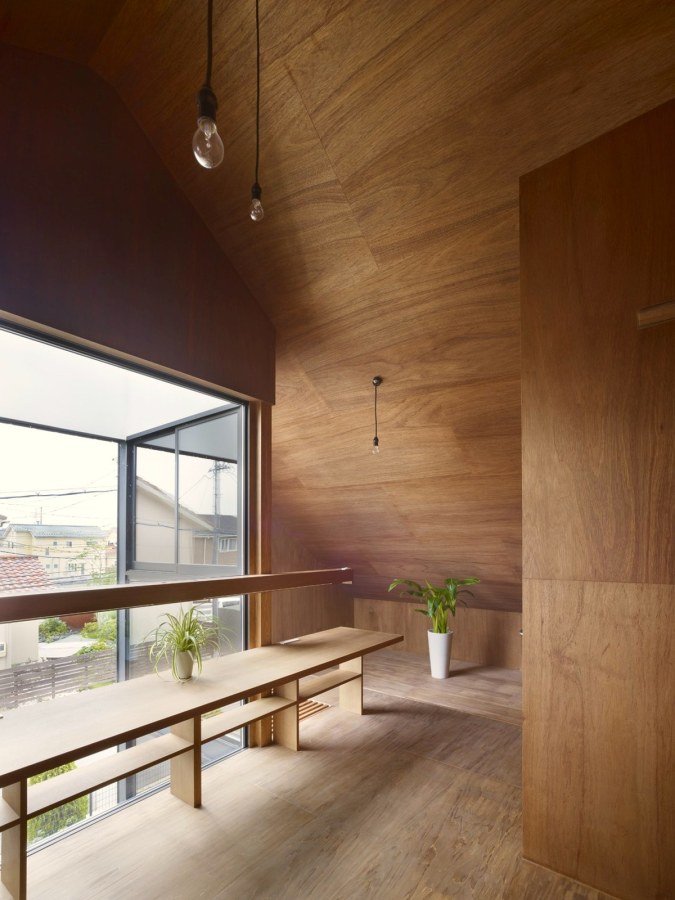 The kitchen was located near the entrance so the cook can greet visitors as well as the children when they return from school. The ground-level social spaces are bookended by the parents’ bedroom and the bathroom. The entire upper level is the girls’ realm. The open space is divided into two sleeping areas separated by a study looking into the courtyard. Openings between the two levels, including a slatted section of floor near the kitchen, are intended to allow easy communication among the family members wherever they are in the house.