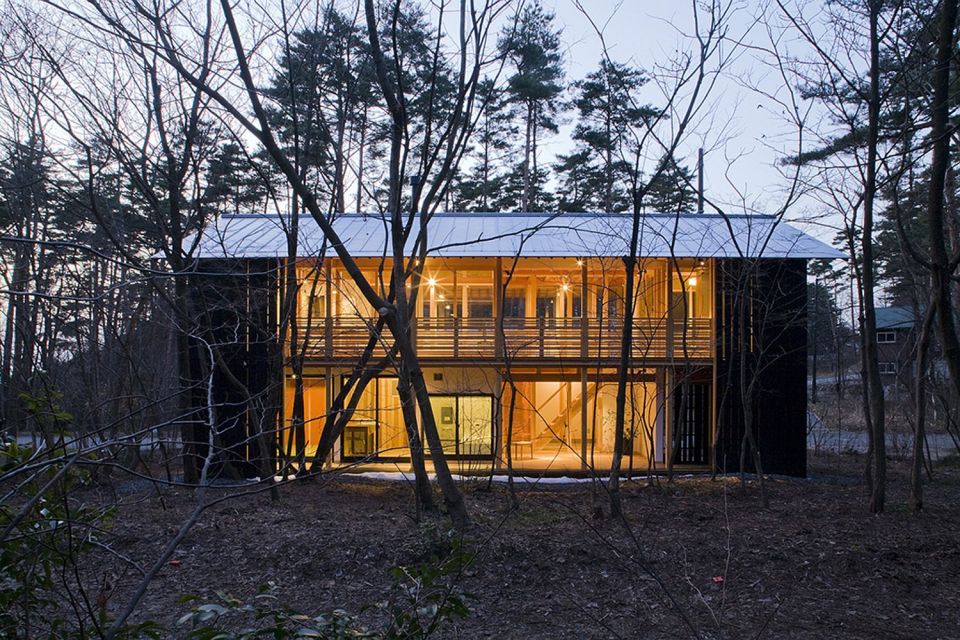 This small house sits on a forested site at the base of Mount Daisen in western Japan. While designed for modern living, the dwelling incorporates features from old-time Japanese houses. It was designed by Osumi Yuso Architects Office, known for its expertise in traditional Japanese architecture.

The small house has 74.7 m2 (804 ft2) of inside living space. The reverse floor plan puts the open living area upstairs, along with one of the two bedrooms. The traditional Japanese post and beam framework and the bamboo ceiling are significant design features on the upper floor.

The compact kitchen and the living room are separated by a built-in dining table and a walled alcove for the fridge, the latter helping to keep the fridge hum from being intrusive in the small space. The custom kitchen cabinetry is in keeping with the other woodwork on display.

The second bedroom is on the ground level together with the bathroom facilities, which are split between a powder room and a bathing room. The lower level is smaller than the upper, leaving space for a carport at one end of the house. 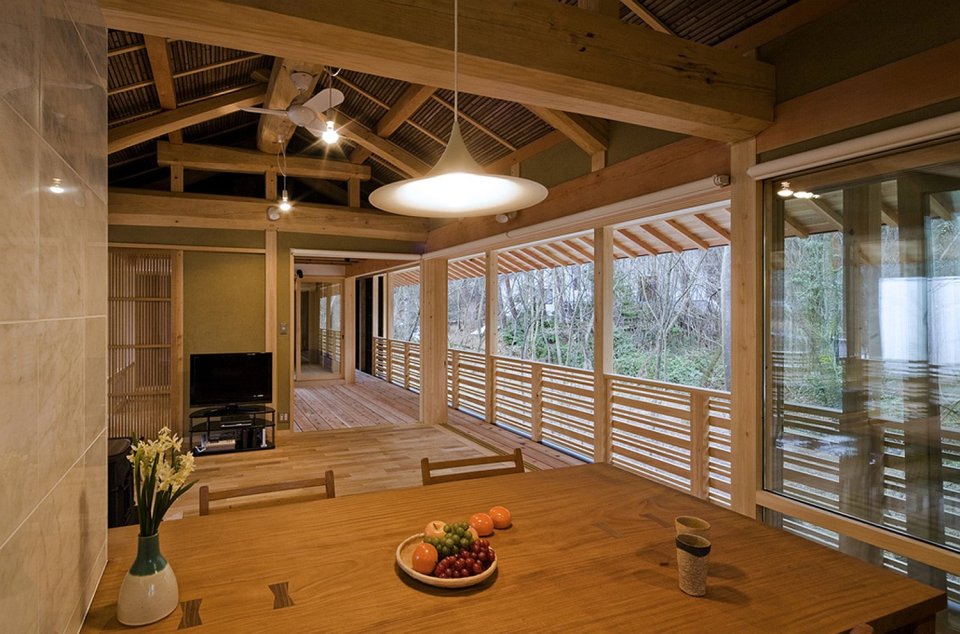 Running alongside both floors is an “engawa”, a long wooden veranda sheltered by the roof eaves. In classic Japanese houses, the engawa served as an exterior passageway between rooms while also providing additional living area in mild weather. In place of shōji screens, sliding glass doors completely open the living room to the engawa, greatly increasing the perceived space.

In the middle of the house, the engawa widens to form an inset porch that separates the upstairs bedroom from the living room. Sliding storm shutters composed of alternating cedar boards and glass strips can close off the exterior side of the engawa. When closed, the engawa becomes an intermediate zone that buffers the small house from bad weather.