The island of Vega, on Norway’s northern coast, is located just 100 km from the Arctic Circle. While home to about 1,200 people, it’s an unlikely place for Oslo residents to build a summerhouse, given the travel distance and the how short the summers are that far north. However the three sibling owners of this new cottage had family roots going back to the island and, having spent summers there as children, they wanted to return with their own families.

The Vega Archipelago has been designated a UNESCO World Heritage Site, recognized for “the way generations of fishermen/farmers have, over the past 1,500 years, maintained a sustainable living in an inhospitable seascape near the Arctic Circle”. The number of fishermen has dropped significantly, but the shoreline is still dotted with clusters of weathered boatsheds. 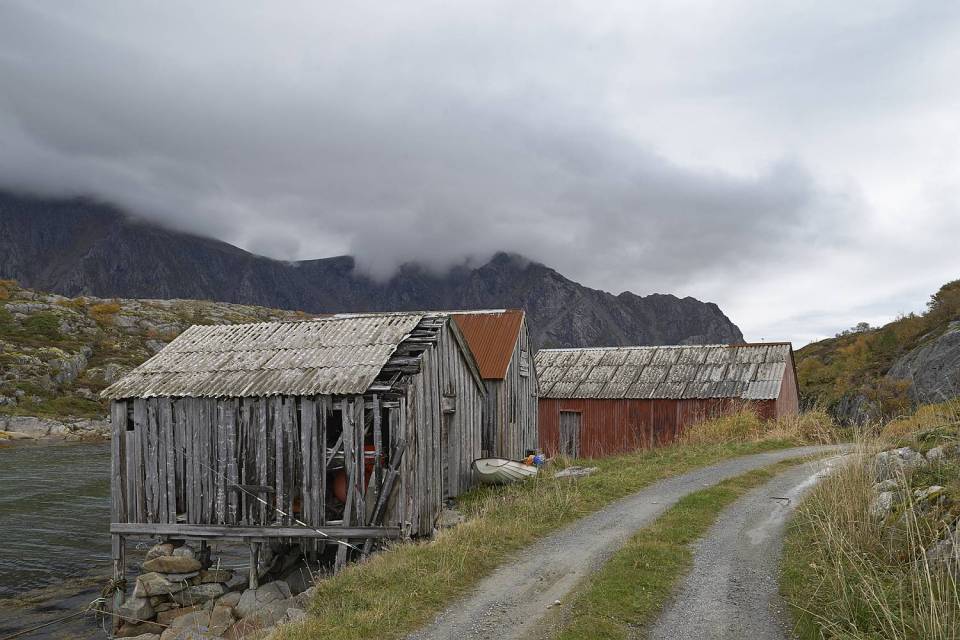 Paying tribute to the area’s fishing legacy, Kolman Boye Architects designed the cottage to resemble two boatsheds sitting side by side. Differing roof pitches and offset façades contribute to the appearance of two smaller structures. Eliminating roof overhangs is one strategy you can use to reduce construction costs, but some people feel that the resulting look will be too modern for their tastes. This project shows that doesn’t necessarily have to be the case. Many areas have vernacular barns, sheds and cottages that could serve as a model for a new home without overhangs. 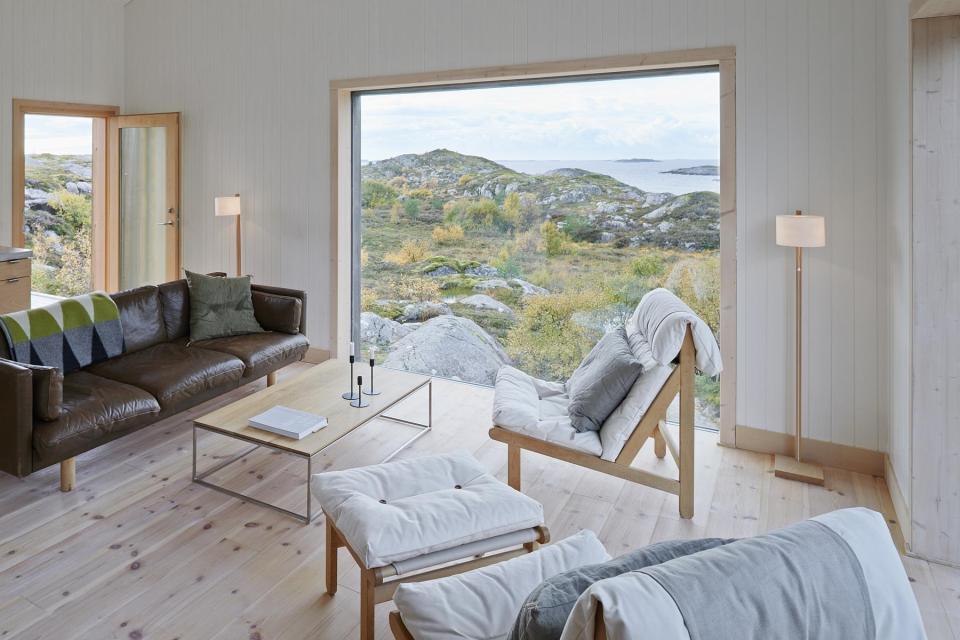 To conform to the rocky site, one “shed” sits a few steps higher than the other. The lower one contains the living areas arranged around a central concrete hearth combining cookstove and fireplace. The other half has the bathroom, three small bedrooms, and a loft space that is probably meant for storage but could also be used for sleeping. Presumably the upper rooms are reached by ladder, though it isn’t shown in the photos. Altogether the floor plan comes to 140 m2 (1,507 ft2).

Complementing the exterior, the inside is relatively spartan with whitewashed pine paneling and birch trim used throughout. Large picture windows provide distinct views in three directions: rugged mountains with cascades of scree, nearby exposed bedrock surrounded by hardy subarctic vegetation, and, the sea and approaching storms. To avoiding spoiling the view, the driveway ends about 40 meters from the cottage and the access path from there is concealed within a natural ravine. Other than that, the landscape surrounding the cottage was left undisturbed. 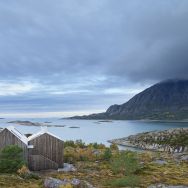 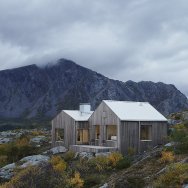 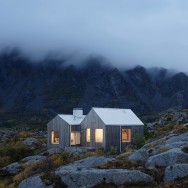