Containers of Hope, a low-cost home by Benjamin Garcia Saxe 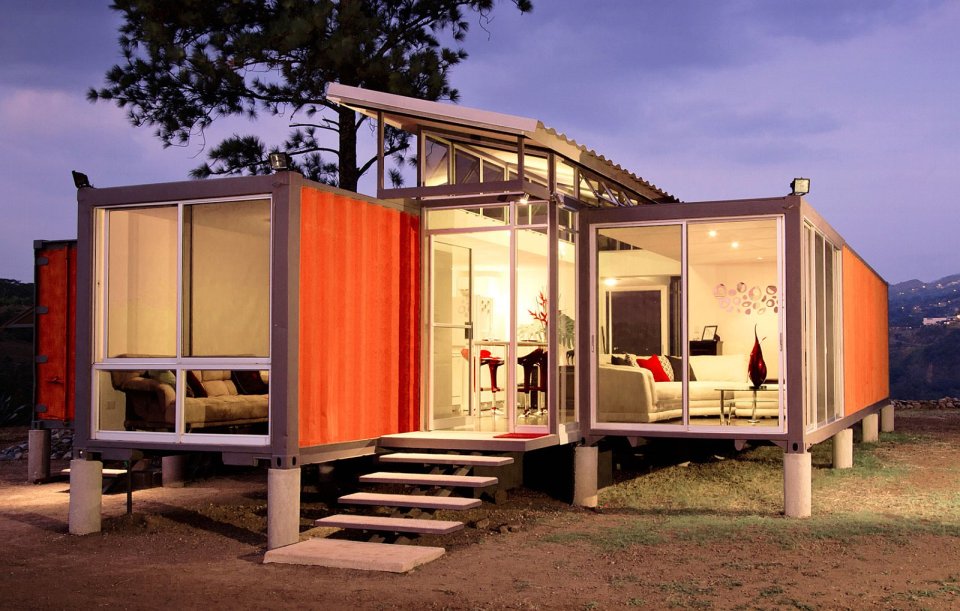 The owners of this unique small house dreamed of living a simpler life on their rural property in Costa Rica. Not wanting to take on a large debt, they were receptive when their architect Benjamin Garcia Saxe suggested constructing their new home from used shipping containers. The resulting house was built in 2011 for $40,000. 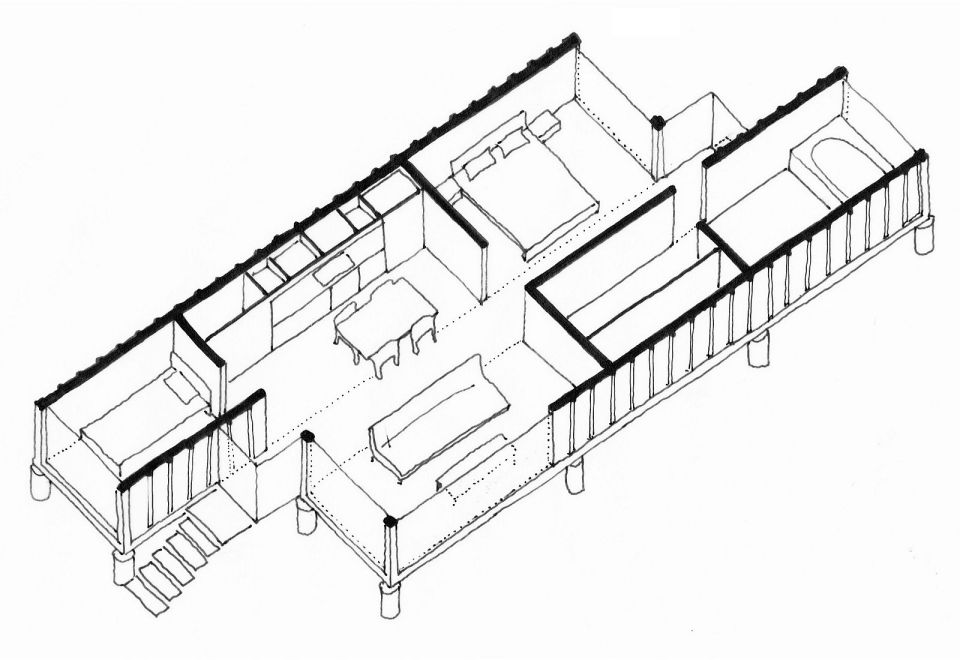 The design uses two 40-foot shipping containers placed alongside each other with a gap between. The gap was filled in to create a central corridor with the rooms arranged along either side. It has a raised roof constructed from the sections of container wall that were removed for windows and other openings. The two containers are also offset laterally, adding interest to the floor plan and making the house seem larger.

The central corridor with its raised roof is a significant architectural and functional feature. Upon entering through the front door, visitors have a clear view down the length of the corridor to the windows at the far end. This long view and the raised ceiling work together to create a feeling of spaciousness. Clerestory windows along both sides bring light to the entire house, and can be opened to catch cross breezes for natural cooling and ventilation. The raised roof also adds architectural interest to the exterior of an inherently boxy structure.

Although the floor plan shows two bedrooms, you can only reach the bathroom by going through the master bedroom, suggesting that the smaller bedroom is probably intended as more of a den or home office. For a more practical two-bedroom plan, the bathroom and walk-in closet could be swapped, allowing the bathroom to open directly off the living area.

15 thoughts on “Containers of Hope, a low-cost home by Benjamin Garcia Saxe”