A pair of treehouses make for a leafy vacation retreat in Berlin. The Urban Treehouse, as they are collectively named, was developed by a grandfather/grandson team who wanted to allow visitors to connect with nature and experience a different way of living. They were designed by architect Andreas Wenning of treehouse specialist baumraum.

Despite the “urban” description, the treehouses are located in a low-density suburban area adjacent to the Grunewald, a forest near the edge of Berlin. Both treehouses face into the forest and are just a few minutes walk to both the Schlachtensee and Krumme Lanke lakes within the Grunewald. However they are also not far from a subway station, restaurants and a beer garden. 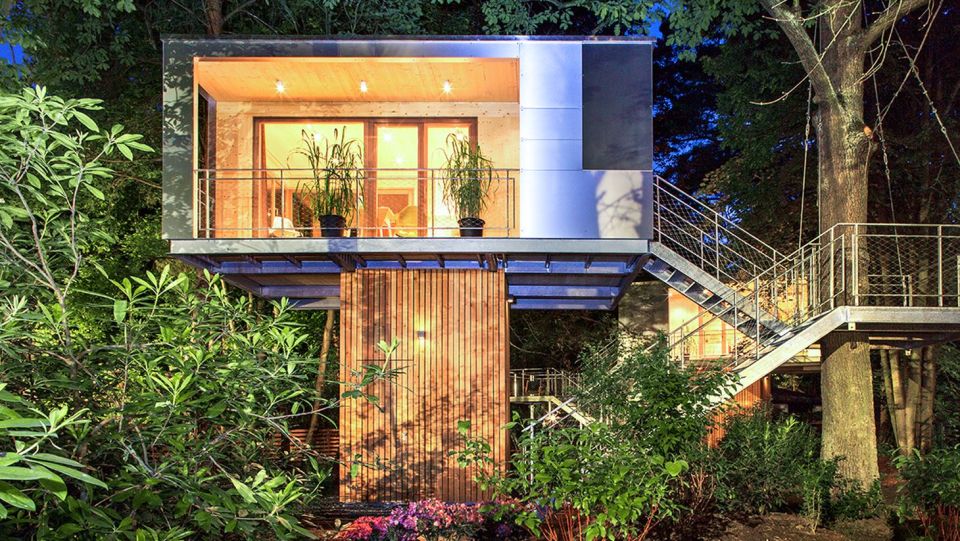 Though raised up 4 meters (13′) into the tree canopy, the treehouses are not supported by the trees themselves. Instead, each rests on a wood-clad pedestal reminiscent of a large tree trunk, a structural decision that likely made it easier to get building department approval. 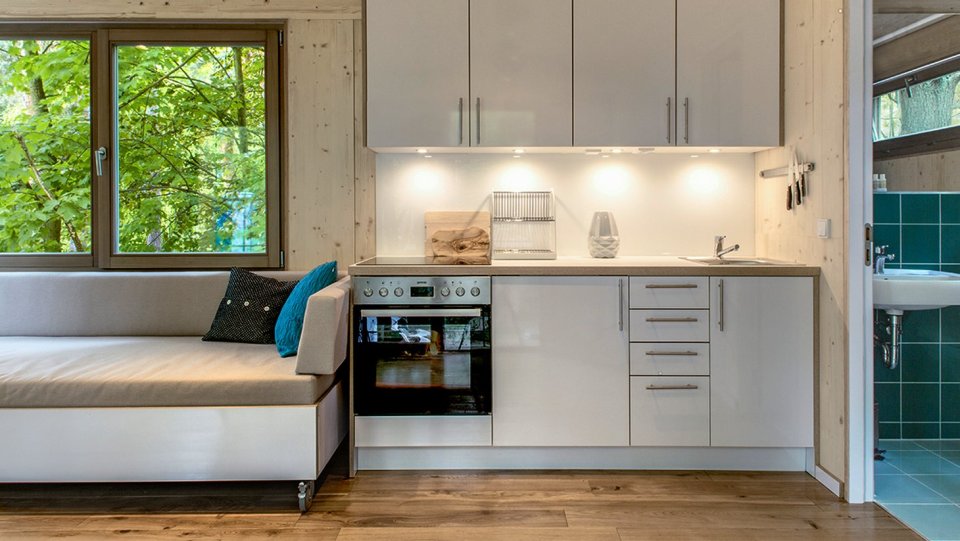 The treehouses are near-identical with mirror image floor plans. Galvanized steel stairs take you up to a covered balcony where French doors lead into the efficient 28 m2 (301 ft2) living space. There is a closet and bathroom with shower at one end, a compact but complete kitchenette, and a seating area defined by corner windows. At night the custom-built couches can be pushed together to form a double bed. Storage drawers built into the couches store the bedding during the day. 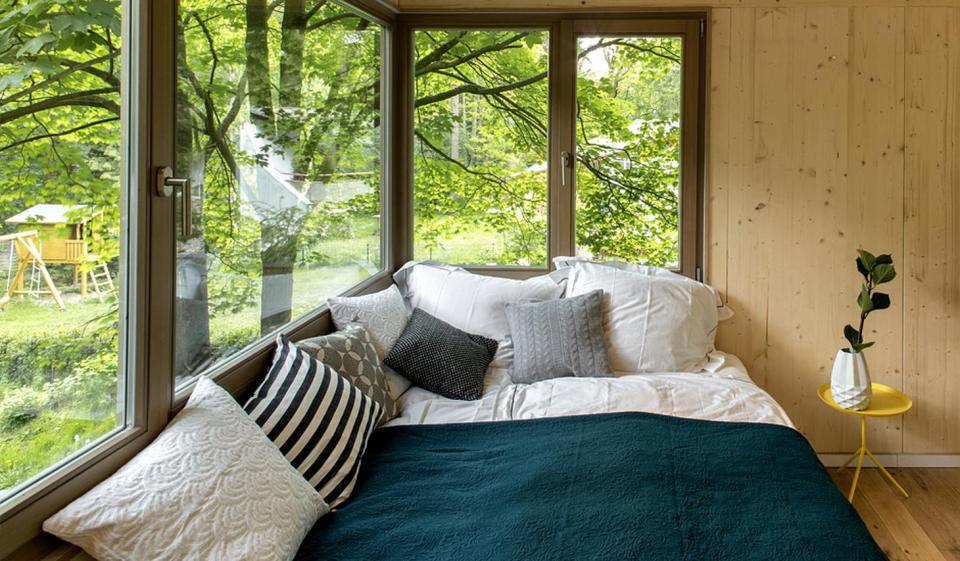 If you’ll be visiting Berlin and want an out-of-the-ordinary type of accommodation, a stay at the Urban Treehouse can be booked through Homeaway. Enjoy the weekend!

Photographs by Laura Fiorio, courtesy of the Urban Treehouse. Via Inhabitat.