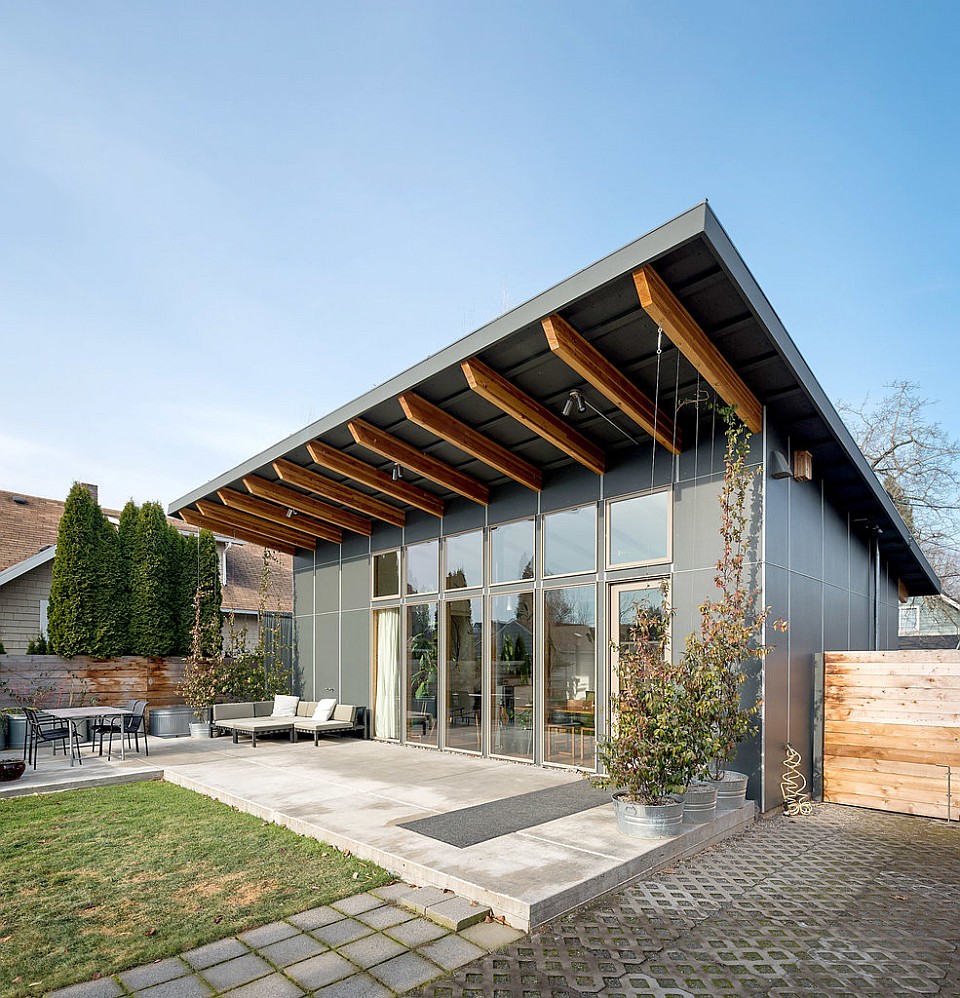 Lily Copenagle and Jamie Kennel designed and built their own studio dwelling. The small modern house gives them 704 ft2 (65.4 m2) of living space, all on a single level. It features a green roof, a rain garden, and a rain water collection system.

For Copenagle and Kennel, the advantages of a small house were obvious. They wanted a home that would be easy to maintain, that would reduce their environmental impact, and that would leave them with enough time and money to pursue their interests. Their families, however, were bewildered by the couple’s choice. Many of you have likely had similar reactions from family and friends, but one particularly ridiculous argument was new to me: Apparently a large house is needed to demonstrate to society that you have achieved financial success.

Some neighborhood residents might have shared that view, but others began to see the benefits of living in a small house. One neighbor remarked “On weekends, they actually go places and do things. They’re not tied to the projects most of us are tied to. I’m so charmed by the simplicity of it.” 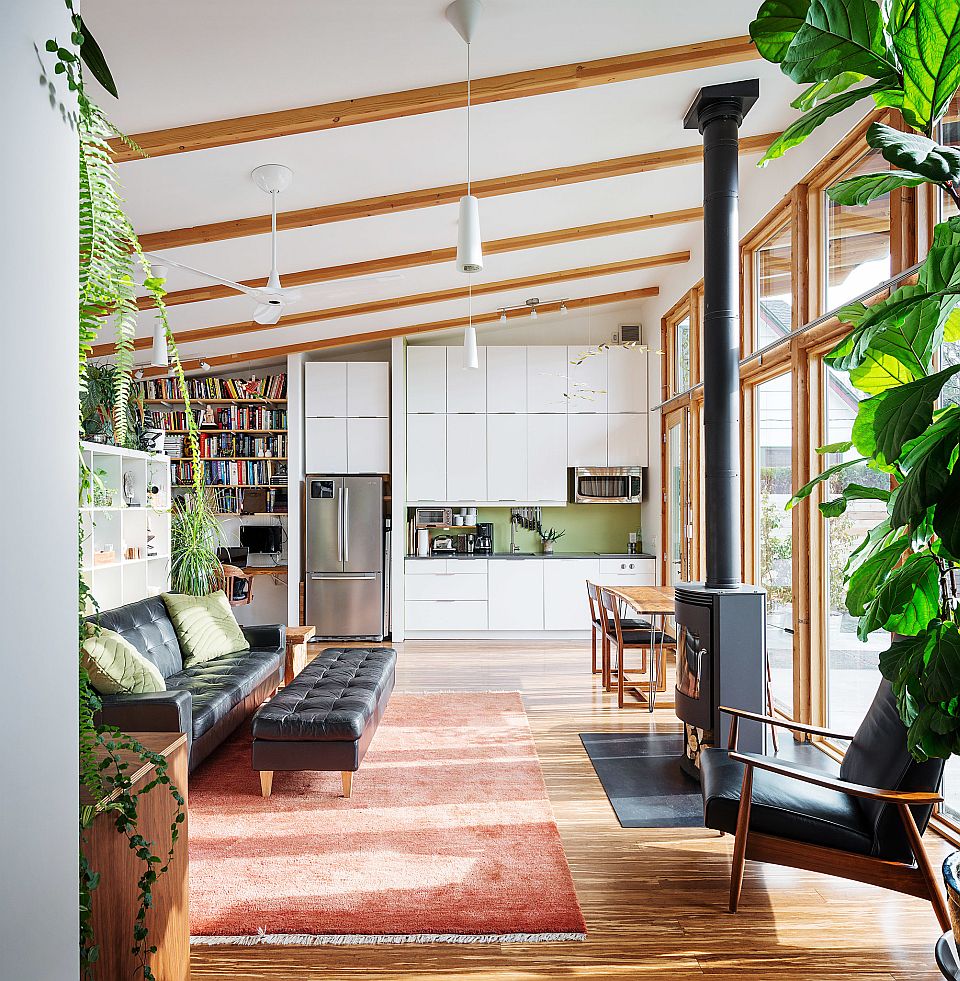 The couple built their small dream home for $135,000, which does not include the land. They also did much of the work themselves, and the value of their own labor is not included either. Read their story and see more photos at The New York Times.

8 thoughts on “An owner-built studio dwelling”