Today we’re going to take a look at a small house from the past. The Chalford Roundhouse is one of five similar houses along the Thames and Severn Canal in Gloucestershire, England. They were built in the 1790’s to house the families of canal workers.

Like the others, the Chalford Roundhouse was built of local stone with heavy oak beams supporting the floors. It is roofed with slate and has Gothic-style windows. 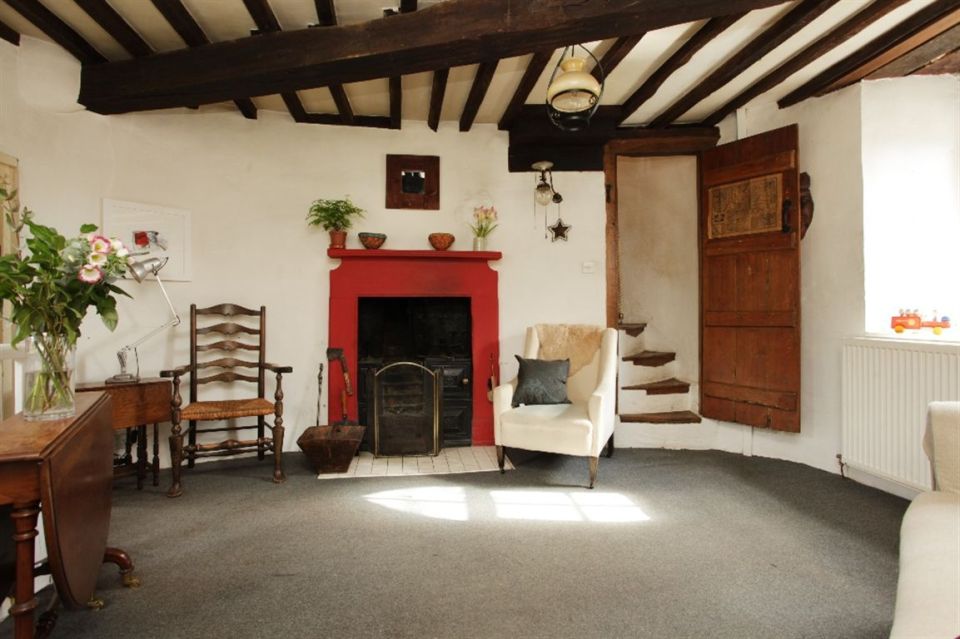 It has three stories plus an attic under the conical roof. With a diameter of just under 17′ (5.2 m), each floor measures only about 215 ft2 (20 m2). The lowest level was used as a storeroom and workshop, and the family lived on the two floors above. However, the occupants reportedly were not fond of the houses due to the limited space and the difficulty in furnishing the circular rooms.

Since then the house has been modernized and all four levels are included in the living space, though the attic bedroom has very limited headroom.

This small stone house is currently for sale through Butler Sherborn. The asking price is £375,000. [Update: It is no longer on the market.]

One thought on “The Chalford Roundhouse, a stone tower house”